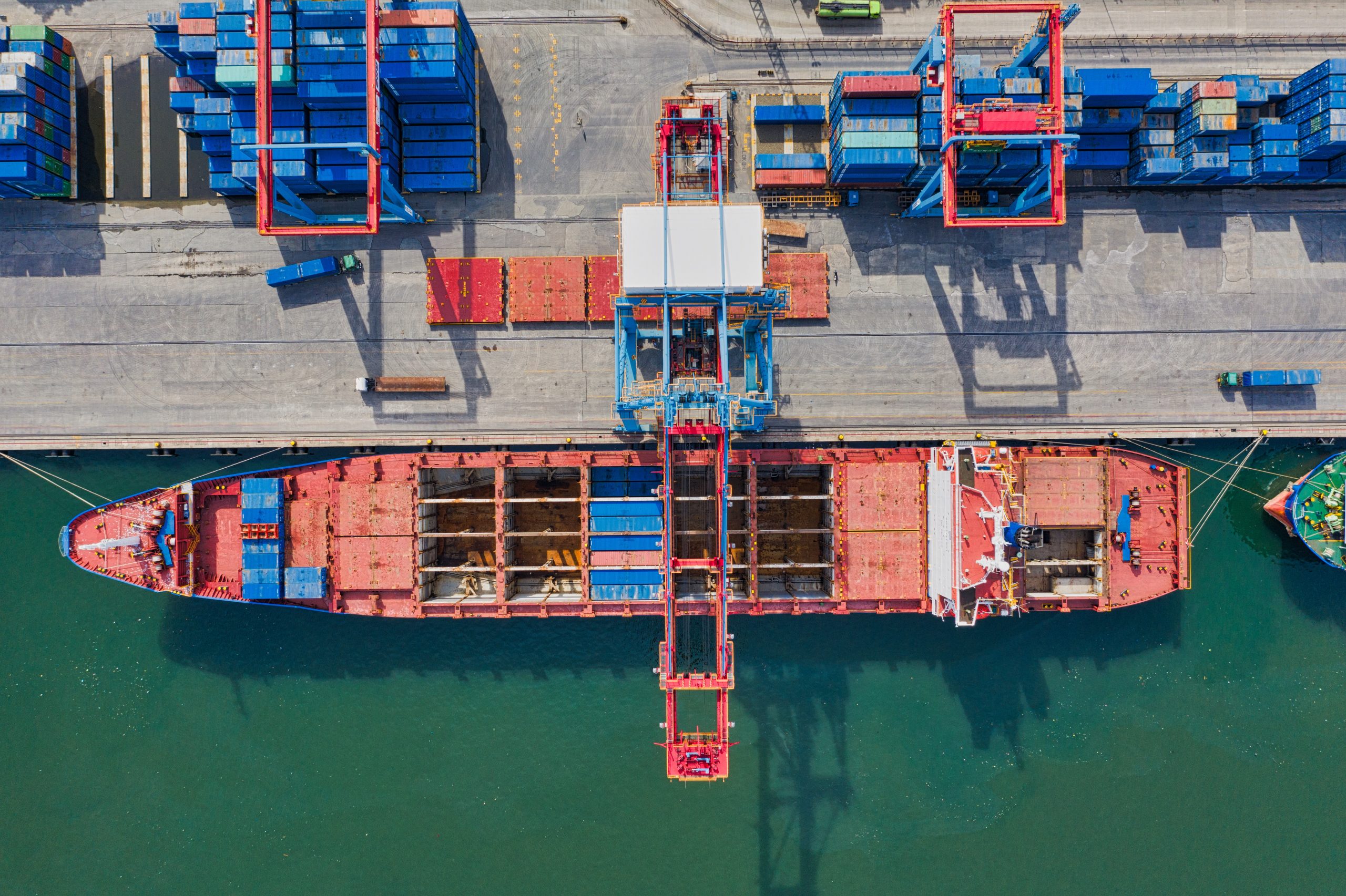 CETA: A Gold Standard for Free Trade Agreements, and a Sign of a Shift in World Politics

The Comprehensive Economic and Trade Agreement (CETA) is the biggest move Canada has made in the world of free trade agreements since the original NAFTA in the late 90s. Derived from a government study commissioned in 2008 called “Assessing the costs and benefits of a closer EU-Canada economic partnership”, CETA outlines new standards for trade in almost all conceivable industrial sectors, as well as non-tariff barriers, investment, government procurement, labour, regulatory cooperation and conformity assessment, sustainable development, and the environment. Negotiations were concluded in 2014. The agreement is provisionally in place as of September 2017, with most of its articles in effect. Full implementation is pending the ratification of the agreement in the parliaments of the EU’s 27 member states.

A variety of economic and geopolitical factors are behind Canada’s decision to pursue a free trade agreement with the European Union. Apart from being one of the largest economies in the world, the EU is Canada’s second-largest trading partner after the United States and is the world’s second-largest importing market for goods (the EU’s annual imports alone are worth more than Canada’s GDP), and a population of 446 million, the third largest market in the world after China and India. It also gives Canada access to government procurement contracts in any EU member state, which opens potential business estimated at 3.3 trillion euro ($4.9 trillion CAD) annually. This increases competition between companies in Canada, and Canadian businesses will thus have a comparative advantage over businesses in the United States in accessing the EU market. Likewise, EU business will be attracted to Canada because of the possibility to access the USMCA (the revised NAFTA) region.

The state of the agreement up to now has been mutually beneficial. Canada-EU merchandise trade improved after the enactment of CETA. On the day CETA came into effect in 2017, 98.4% of tariffs on all non-agricultural Canadian goods entering the EU were eliminated. After seven years, 98.8% of these goods will be tariff-free. Likewise, Canada will do away with 98% of its tariffs on the same goods originating from the EU. Transition periods of three to seven years are in effect for ships, automotive products and certain agricultural goods in Canada, while poultry and eggs are excluded. In terms of exports from Canada to the EU, trade grew by 21% from $40 billion in 2016 to $48 billion in 2019, while imports from Canada to the EU grew by 27% from $61 billion in 2016 to $77 billion in 2019. Altogether, this accounted for an increase in trade value of 25% during this period. From the point of view of investment, total foreign direct investment (FDI) into the EU from Canada increased by 16% from $262 billion in 2016 to $304 billion in 2019. Likewise, in the same period, FDI made by the EU in Canada went up 19% from $259 billion to $308 billion. For some specific examples of CETA’s success, we need only look at the massive increase in exports to the Netherlands (75%), Ireland (65%), Germany (37%), and Italy (36%). CETA allows Canadian companies access to EU technology, materials, and skilled labour which allows exporters to take advantage of these resource in order to make their supply chains more competitive.

The benefits are not limited to trade of goods, as advanced western economies are majority services based rather than manufacturer based. CETA offers opportunities in the consumer and business sectors including: Engineering, architectural and construction services, healthcare and education, software and information technology, and management and administrative services. For example, increased traffic in the port of Montreal or Halifax creates a whole ecosystem of service providers around that such as: logistics, customs brokers, lawyers, and accountants.

Another important aspect of CETA is that Canada receives a “most-favoured-nation” treatment, where all parties providing services in the EU and Canada are treated equally, meaning there is no import quotas on services or service providers from other CETA nations. In addition, Canadian service companies no longer have to maintain a representative office in the EU, or be an EU resident, in order to supply services to EU customers. This has been especially helpful for smaller companies that lack the resources to establish permanent offices within the EU. Business visitors without work permits have now been granted temporary entry for investment purposes. Most-favoured-nation status also means that no EU member state can require a Canadian investor to export or use a certain percentage of local content, just as Canada cannot impose the same restrictions to EU companies seeking to invest there.

One more major feature of CETA is the Investor State Dispute Settlement. It creates various protections (such as obligations to respect most-favoured nation provisions and protections for investors against expropriation without compensation) for investments and investors from one CETA party to another. The totality of this provision in the end constitutes rights that are essentially beyond what is available in Canada or individual EU countries. A novel way of managing this has been the creation of a first-of-its-kind “investment court” consisting of a 15-member tribunal that will govern the resolution of disputes, meaning an investor can take a country’s government to court if they feel they have been wronged.

Brexit created many uncertainties for Canada and CETA, as the UK is Canada’s biggest client in Europe. When the UK left the EU at the beginning of 2020, CETA provisions entered a transition period which saw them continue to apply until December 21, 2020. Fortunately for Canadian and British investors, both countries agreed to the UK-Canada Trade Continuity Agreement, which allows trading to continue under the same terms as the current CETA agreement. Prime Ministers Justin Trudeau and Boris Johnson agreed that this transition period will continue until both countries have negotiated a new deal. On the extension, Boris Johnson said it was “a fantastic agreement for Britain… our negotiators have been working flat out to secure trade deals for the UK and from as early next year we have agreed to start work on a new, bespoke trade deal with Canada that will go even further in meeting the needs of our economy.”. Prime Minister Trudeau did remind the world, however, that a new comprehensive trade agreement with the UK will take several years to negotiate.

For the United States and its businesses, CETA should serve as a sign of the rise of an international system in which there are now multiple major players, all of them enthusiastically embracing the game of free trade. CETA indicates that Canada has recognized the need to diversify its trading partners. In this sense, multilateralism has moved on without the United States, as the EU also formalized a free trade agreement with China in direct opposition to US interests. The US was working on its own trade agreement with the EU, until President Donald Trump cancelled The Transatlantic Trade and Investment Partnership (TTIP). Negotiations for this were launched in 2013 and ended without conclusion at the end of 2016. As of 2019, the European Council stated that the negotiating directives for the TTIP are obsolete and no longer relevant. The new Biden administration would do well to avoid going down the same protectionist path and pursue a new agreement with the EU that is also comprehensive. This would be a major boost for US business. In conclusion, Canadian businesses would do well to strategize how they can best take advantage of this array of benefits granted by CETA. There is still work to be done because with a multilateral agreement such as this, only full ratification will allow full implementation, especially of the investor-state dispute settlement court. As of 2021 Canada has fully ratified the agreement in parliament, while in Europe (as of December 2020) 15 out of 27 EU member states (plus the UK) have ratified the deal in their parliaments. It will require quite a bit of diplomatic effort on behalf of Canada in order to push the needle toward full ratification.

Last modified: March 22, 2021
← Previous Story: Biden’s New “Made in America” Executive Order: What it Means for Companies
→ Next Story: What Biden Means for North American Trade