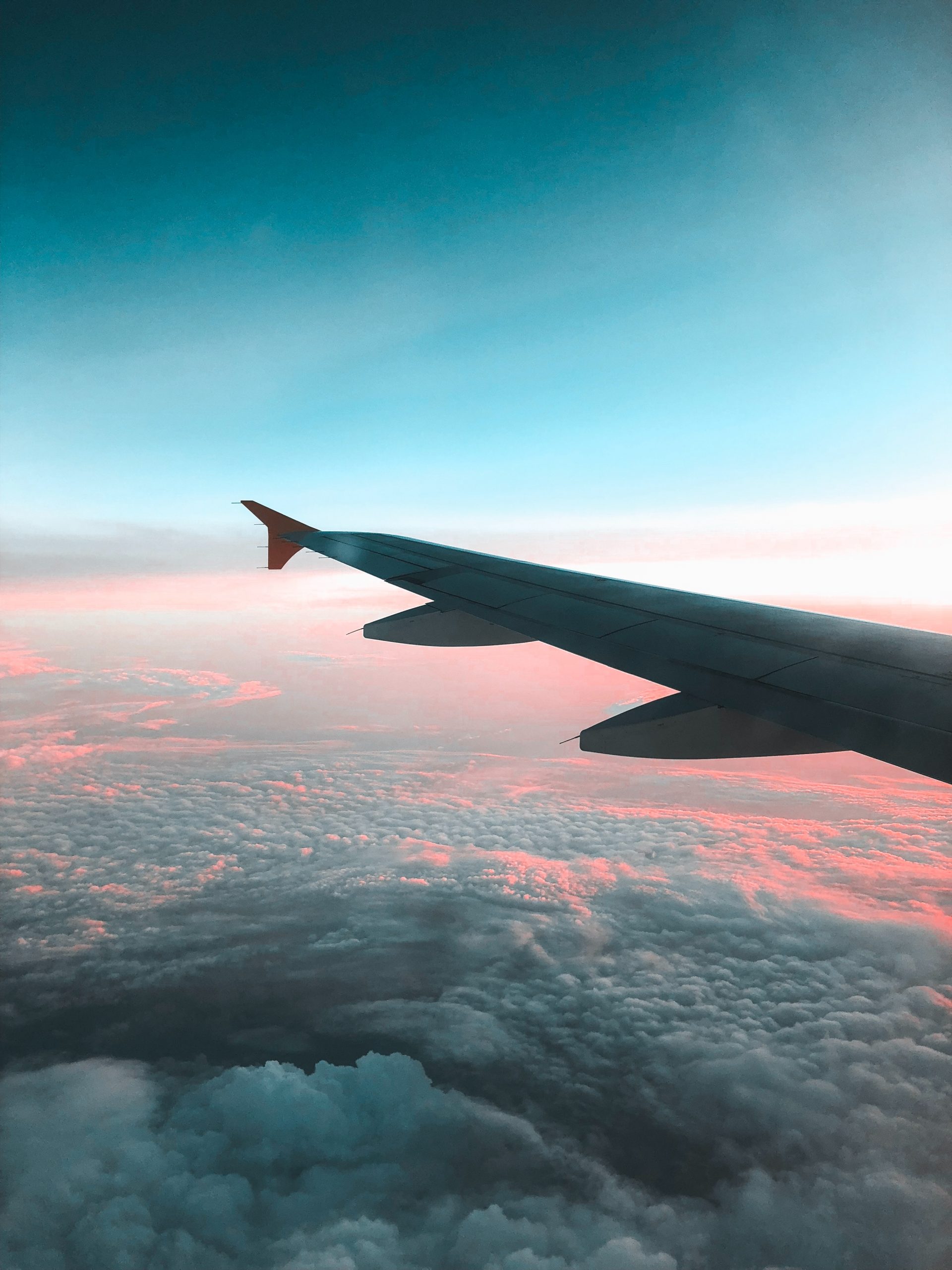 There are several considerations that should be evaluated by any nonimmigrant worker prior to planning travel outside the United States with the intention of returning to resume temporary employment. Travel restrictions, inaccessible consulates and the practicality of finding flights together make international travel uniquely challenging at this time. In addition, it is likely that the current administration will introduce new restrictions for some nonimmigrant visa categories in the immediate future. Each of these issues is discussed below.

A series of Presidential Proclamations restricting travel to the U.S. for persons who have been present in designated countries or regions with a high incidence of COVID-19 infection were introduced over the past three months. These include the Schengen Area (comprising 26 European countries) Ireland, the United Kingdom, China, Iran, and Brazil. Most foreign persons who were present in any of these countries during the 14-day period prior to applying for admission to the U.S. are barred from entry.

It is important to recognize that simply transiting one of the countries listed above can result in denial of admission to the U.S. Accordingly, workers seeking to return to the U.S. after traveling to an unrestricted country should avoid flight plans that include transit stops in any of the restricted countries. This frequently presents practical problems for persons seeking to return to the U.S. from travel to eastern Europe, the Middle East, or Africa as flights often involve a stop in the Schengen Area or the U.K.

Certain exceptions are available to persons otherwise barred from entering the U.S. because of their presence in one of the restricted countries. U.S. permanent residents, certain relatives of U.S. citizens or residents, aliens seeking to enter the United States as a healthcare professional to provide medical services or to perform medical research, and those whose presence is deemed in the U.S. national interest, among others, may be admitted to the U.S. regardless of their presence in a restricted country.

No publicly available guidance has been provided that defines activities deemed to be in the U.S. national interest. Anecdotal reports suggest that persons engaged in health services or research or whose work may advance production and distribution of food and energy supplies are receiving exceptions to health-related bars to admission.

Obtaining authorization for an exception to a health-related travel restriction requires making a request to the U.S. Department of State (DOS) through a U.S. consulate. Upon approval by DOS, the consulate notifies U.S. Customs and Border Protection (CBP) allowing the individual to be boarded on a flight to the U.S.

Nonimmigrant workers seeking to enter the U.S. after being present in one of the countries listed above may seek to travel to a third country to remain there for 14 days when the travel restriction would expire. Those planning to travel to a third country to fulfill the 14-day requirement should be mindful of the health-related travel restrictions of the destination country. Many countries have imposed health-related travel restrictions for those seeking to enter from abroad or may have mandatory quarantine measures in place. In addition, there remains the practical consideration of the availability of international flights to and from the third country.

The United States has entered into agreements with Canada and Mexico to limit “nonessential” travel across their shared borders. Nonessential travel includes tourism, recreational activities, and attending cultural events. A broad range of trade and business travel is still permitted including the admission of temporary workers with H-1B, L-1, TN, and other employment-based nonimmigrant visa categories.

The restrictions imposed by the U.S. on travel from Canada and Mexico apply only to land crossings, passenger rail, and ferry crossings, and pleasure boat travel. Travelers seeking to enter the U.S. from Canada or Mexico by sea or air carrier should still be prepared to explain to the CBP officer at the port of entry the purpose of their travel at this time.

These travel restrictions were originally introduced on March 23, 2020 to last 30 days. Through incremental extensions, they remain in effect until July 21st unless extended again.

In response to the COVID-19 health threat, all U.S. consulates worldwide have suspended routine visa interview appointments. The DOS has not provided a date when visa processing will resume. Several consulates are now scheduling appointments for the months of July, August, and September. Appointments that previously had been scheduled in the month of June, however, were canceled and will require rescheduling. It is unknown whether appointments currently being made will take place as scheduled. Maintaining flexible travel plans is essential during this highly volatile period.

Given the unknown date for the resumption of routine visa appointment services at U.S. consulates along with the possibility that scheduled appointments may be canceled, a nonimmigrant worker planning international travel would be prudent to be sure that his or her current visa is valid and will remain valid to return to the U.S. both on the planned date of return and throughout any foreseeable travel delay.

There are two developing situations that present additional risks to international travel for nonimmigrant workers. These are the increasing rate of COVID-19 infections in a variety of countries and the significant possibility, based on reports from the White House, that the President soon will issue a new proclamation further suspending the entry of nonimmigrant workers.

As the coronavirus makes its way into additional countries, this creates the possibility that a country with no current restrictions could be the subject of a travel ban after a nonimmigrant worker traveled to it. For example, on May 28, 2020, the President issued the latest country-specific proclamation restricting travel from Brazil in response to the current high rate of infections being reported in that country. If this occurs for the country where a nonimmigrant worker is located, he may be unable to return to the U.S. regardless of whether in possession of a valid nonimmigrant visa. Evaluating travel plans at this time should include consideration of this risk.

On April 22, 2020, the President issued a Proclamation Suspending Entry of Immigrants Who Present Risk to the U.S. Labor Market. As the name implies, this travel ban applies only to immigrants rather than nonimmigrants and expires on June 22nd. The stated purpose of the proclamation was to limit competition for jobs during a period of high unemployment. The proclamation, however, instructs the Departments of

Homeland Security, Labor, and State to make recommendations about whether to continue the suspension and whether it should be expanded to include nonimmigrant visa categories. Specific recommendations relating to nonimmigrants have not been announced as of June 19th. It is widely reported, however, that restrictions to the H-1B, H-2A, H-2B, and L-1 nonimmigrant visa categories are under consideration. Exactly what form these restrictions may take remains a matter of speculation.

Each of the previous immigration restrictions introduced by the current presidential administration have included exceptions or exemptions from the restriction. No new immigration restriction has yet applied to persons present in the U.S. This is no guarantee that a new proclamation would not apply to nonimmigrants already in the country. The exemption of persons present in the U.S. from all new restrictions imposed by the President, however, suggests that it is likely that nonimmigrants present in the U.S. would be permitted to remain even if entry will be denied to new nonimmigrant applicants. Those considering international travel at this time should evaluate the risk that a new presidential proclamation may preclude their return to the U.S. to resume an assignment here.

Maintaining Nonimmigrant Status in the U.S.

Most nonimmigrant worker petitions may be approved with a period of validity for up to three years. When a nonimmigrant applies for admission to the U.S. at a port of entry, the CBP officer should authorize the worker to remain in the U.S. through the expiration date of the nonimmigrant petition (or through the expiration date of the individual’s passport). The authorized period of stay is indicated on the Form I-94, admission record issued by the CBP officer. Nonimmigrant workers who choose to remain in the U.S. rather than travel internationally can maintain lawful status throughout the period that their Form I-94, admission record is valid.

The corresponding nonimmigrant visa issued to citizens of several countries may be valid for a shorter period that the underlying petition, such as six months or two years. It is the expiration date indicated on Form I-94 rather than the visa that determines whether a nonimmigrant is maintaining lawful status in the U.S. The nonimmigrant visa can expire while an individual is present in the U.S. provided that the Form I-94 issued by CBP remains valid and unexpired.

Last modified: June 22, 2020
← Previous Story: North By Southwest Podcast: Episode 3
→ Next Story: Entry to the U.S. is Suspended for Most Immigrants and Nonimmigrants