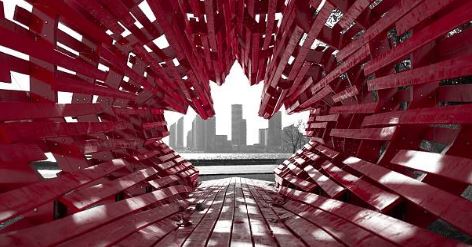 Updated Travel Restrictions Between the U.S. and Canada

Effective March 18, 2020, certain travel restrictions were introduced between the United States and Canada in an attempt to limit the spread of the coronavirus, Covid-19. The restrictions announced include certain exceptions for persons crossing the border for commercial, trade and health-related reasons. Leisure travel between Canada and the United States currently is prohibited.

The travel restrictions between Canada and the U.S. were established by mutual agreement. Both countries now prohibit “nonessential” leisure travel. The announcements made by both countries emphasize the importance of maintaining continuity of trade and critical supply chains to ensure the flow of food, medicine and other key industries. While there are some similarities in the permitted “essential’ travel intended to preserve trade between the two countries, there are clear distinctions in the announcements made by each government.  It appears that the rules announced by the U.S. government may be more restrictive than their Canadian counterparts. Canadian limitations on travel were updated on March 20, 2020 by Immigration, Refugees and Citizenship Canada. At that time, the Canadian government announced that a broad range of workers including those engaged in agriculture, fisheries, caregivers and “all other temporary foreign workers” are exempt from the travel restrictions. In addition, close family members of Canadian citizens and permanent residents, as well as those approved to obtain permanent residence before the imposition of travel restrictions may continue to be admitted into Canada. For a complete list of the exceptions, please refer to https://www.canada.ca/en/immigration-refugees-citizenship/news/2020/03/canada-provides-update-on-exemptions-to-travel-restrictions-to-protect-canadians-and-support-the-economy.html. Specific procedures to implement these exceptions should be announced during the week of March 23rd. Anyone arriving in Canada pursuant to one of the exceptions will be required to self-isolate for 14 days.

Travel restrictions announced by the U.S. currently apply only to land ports of entry and ferry terminals along the U.S.- Canada border. Air, sea and freight rail travel are not included. The activities identified as essential travel, however, appear to be narrower than those announced by Canada. Citizens of the U.S. and U.S. lawful permanent residents returning to the U.S. are included among those whose travel is deemed essential. There is no mention, however, of their close family members as appears in the Canadian announcement.

Similarly, travel for commercial purposes also appears to be more constrained. For example, the U.S. restrictions specifically refer to those engaged in cross-border trade such as truck drivers, and those traveling to perform work in furtherance of farming or agriculture. Absent from the list of exceptions is an expansive reference to temporary workers, in general. Defining the scope of the U.S. travel restrictions has been delegated to U.S. Customs and Border Protection (CBP). Details about this policy can be found at https://s3.amazonaws.com/public-inspection.federalregister.gov/2020-06217.pdf.

Under current U.S. regulations, CBP officers at ports of entry have authority to determine the eligibility of citizens of Canada for certain temporary worker visa categories such as the L-1 intracompany transferee and the TN professional occupations categories. CBP makes such determinations concurrently with an individual’s application for admission to the U.S. at land ports of entry or at Pre-clearance Offices located in several Canadian airports.

As of March 23rd, it appears that no guidance has yet been provided to CBP officers in the field on how to interpret and apply the cross-border travel restrictions. Anecdotally, CBP officers at ports of entry are interpreting the travel restrictions relating to temporary workers seeking entry to the U.S. in different ways. Some are continuing to receive and adjudicate L-1 and TN applications. Officers at other ports are indicating that they are waiting for guidance from CBP headquarters before deciding any new applications presented by temporary workers.

As an alternative to appearing at a port of entry seeking a CBP determination of eligibility for L-1 or TN classification, petitions for both L-1 and TN categories may be filed with U.S. Citizenship and Immigration Services (USCIS) for a pre-determination of eligibility. The option of pre-filing a petition with USCIS takes considerably longer to obtain a decision than presenting an application at a port of entry; USCIS can take months to reach a decision.  At present, the U.S. travel restrictions are scheduled to end on April 20, 2020.  Until CBP announces a policy interpreting the travel restrictions, those seeking admission to the U.S. in any nonimmigrant, i.e., temporary worker visa category should be prepared for delay.

As previously observed in this column, the specific rules governing health-related travel restrictions are highly fluid and may change rapidly. As policy positions become more clearly defined, updates will be provided here.

Last modified: March 25, 2020
← Previous Story: Travel Restrictions Between the U.S. and Canada
→ Next Story: Statement of the Canada-Texas Chamber of Commerce on COVID-19-Related Border Issues