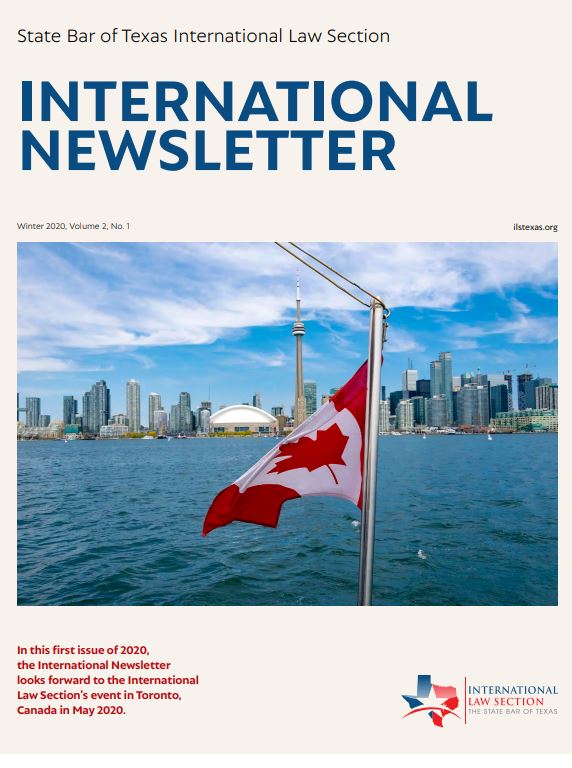 On November 30, 2018, the United States, Canada, and Mexico agreed to replace the North American Free Trade Agreement (“NAFTA”) with the United States Mexico Canada Agreement (“USMCA”). The new agreement has been marked by fraught negotiations provisions, resulting in a heightened sense of trade uncertainty for the middle market. In the past, President Trump had threatened to pull out of NAFTA if USMCA were not ratified. Doing so would have left North America without a trade agreement, thereby creating tremendous uncertainty and instability. At the time of this writing, it appears that Congress is on the brink of ratifying USMCA. The new USMCA still largely resembles NAFTA and includes positive elements drawn from the Trans-Pacific Partnership (“TPP”). While the USMCA has drawn criticism for constraining rather than promoting trade, the ratification of the treaty has largely been welcomed for dispelling recent uncertainty about the future of trade with Mexico and Canada.

Keeping a trade treaty in place not only facilitates trade throughout North America but should also facilitate crossborder acquisitions and dispositions as well as due diligence. In the absence of a trade agreement, corporate buyers and private equity investors would have to consider their exposure to tariffs, quotas and other trade restrictions that might reduce demand, disrupt supply chains and impact consumer goodwill. Each of these has the potential to impact future enterprise value for buyers and negatively affect any earn-outs for sellers.